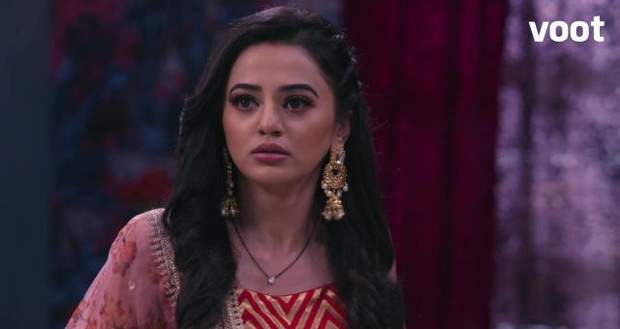 Today's Ishq Mein Marajawan 2 (IMM2) 3 March 2021 episode starts with Riddhima opening her eyes and putting the scalpel at the doctor's neck and remaining the nurse to open the door.

Meanwhile, Vansh calls Riddhima's regular doctor and confronts him about the abortion while the doctor says that he doesn't know anything about it.

Vansh calls the city medical board while Riddhima faints and lies on a stretcher.

The ward boy thinks that it is a dead body and goes out to find her while Riddhima faints.

Vansh is informed that there is no patient under the name of Riddhima for abortion in any of the registered clinics which makes Vansh tensed.

He cries and wonders how to stop Riddhima while she is being taken to the cremation ground.

Vansh goes to the temple and lights the Diya on her palm while praying to give him another chance.

Suddenly, Riddhima wakes up and runs away from the pyre while the ward boys spot her and run after her.

Meanwhile, the doctor gets a call and the speaker tells him to kill Riddhima and that he will get the money.

However, Riddhima manages to save herself and runs away.

Elsewhere, Kabir aims the gun at Aaryan and confronts them while Chanchal asks him how he is so sure that they are the ones who want to kill Riddhima's baby.

The ward boys argue among themselves while looking for Riddhima while she recalls Vansh's words and thinks that he is the one who wanted to abort the baby.

Angre suggests Vansh look for Riddhima in the unregistered clinics and they leave.

They come back home saying that they couldn't find Riddhima while Vansh goes to his room as his and Riddhima's frame falls.

He talks to the picture while Riddhima comes and shouts for him.