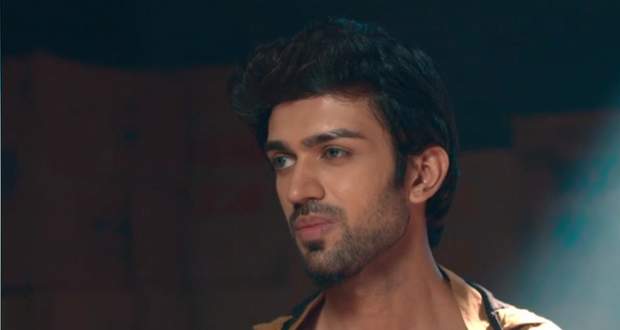 Today's Ishq Mein Marajawan 2 (IMM2) 10 Oct episode starts with Kabir disposing of his childhood pictures by setting them on fire. Anupriya gets emotional and Kabir apologises to her for hurting her.

He tells Anupriya that he doesn’t want Riddhima to doubt on him, while a girl overhears their conversation. Kabir informs Anupriya that the girl is Riddhima’s best friend Sejal.

Sejal runs from there to inform Riddhima about Kabir’s plan. Kabir follows her with a gun in his hand, while Sejal makes a call to Riddhima.

She tells Riddhima that her marriage and her life are in danger. Aaryan makes Sejal unconscious and kidnaps her to get information about Riddhima’s past.

Aaryan and his mother question Sejal about Riddhima, while Sejal asks them to let her talk to Riddhima once.

Elsewhere, Riddhima hears Sejal’s voice in the washroom and thinks that Sejal might be in danger.

Kabir finds out that someone kidnapped Sejal, while Aaryan warns Sejal to tell them about Riddhima’s life. Sejal refuses to give them information and Aaryan builds a wall in front of her.

Kabir asks Anupriya to search for Sejal in the VR mansion. Meanwhile, Riddhima hugs Vansh’s shirt and mutters that she is missing Vansh so much.

Riddhima goes to the washroom and hears Sejal shouting from somewhere in the mansion. Later, she figures Sejal’s voice coming from the washbasin of the washroom.