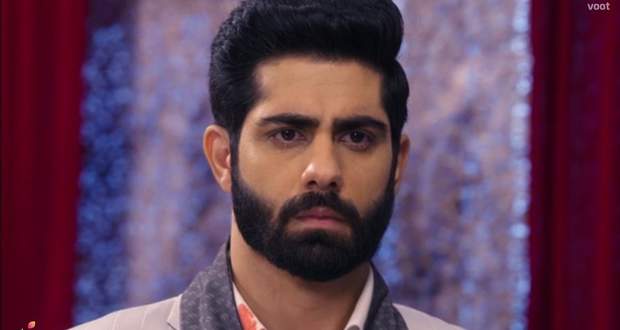 He discloses his real plan that he used Riddhima against Vansh. He tells the attacker that he faked love with Riddhima so that she could believe him blindly.

He tells that he planned to take his revenge from Vansh by intentionally asking Riddhima to get married to Vansh. Kabir feels grateful to the unknown attacker for helping him in fooling Ridddhima by pointing the gun at Vansh.

Meanwhile, Vansh sits beside unconscious Riddhima and recalls her sacrifice to save his life. He gets some strong feelings for Riddhima and gets emotional for her.

Vansh’s grandmother arrives there and asks Vansh to let her see Riddhima. Elsewhere, Aryan and Ishani were not present with the family so they were questioned about their absence.

Siya arrives there and gives the religious Prasad to Grandmother which she asked to bring from the temple. Meanwhile, Vansh’s family gets worried about the shoot out took place at their house.

Later, Vansh comes to his room to get his belonging but couldn’t find it. He talks to the unconscious Riddhima and asks her to get up to give the clarification for her sacrifice.