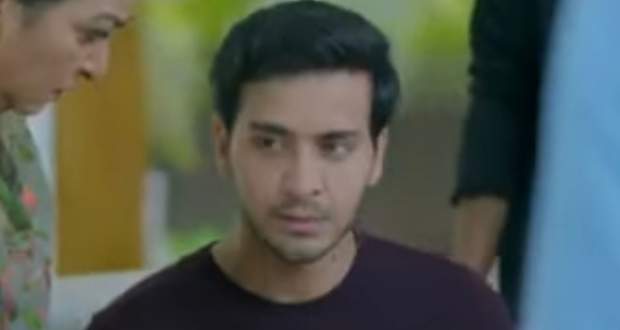 Until now, Daadi has made Ishqi sign the divorce papers, and Ahaan is shocked to see her sign.

Ahaan asks Ishqi what does she want to prove by signing the divorce papers.

Ishqi tells him she was thrown out of the house without even listening to her side. She also says she doesn’t care what Ahaan thinks or does anymore.

Ahaan gets furious and signs the divorce papers in front of her.

Meanwhile, Rhea calls Daadi to warn her that she should not underestimate Ishqi.

Daadi tells her she should not worry about all this small stuff anymore.

Ahaan comes back home and tells Daadi that everything is over between him and Ishqi.

Karthik shouts at Daadi for hurting Ahaan but Daadi asks him not to talk about Ishqi anymore.

Ishqi’s Maasi is shocked to see that Ahaan has also signed the divorce papers.

Ishqi tells Maasi that she has hope that Ahaan still loves her and everything will be fine.

After some time, Daadi is celebrating when Rhea calls her. Daadi tells her that Ahaan has signed the divorce papers when Chachi sees her.

At the same time, Savitridevi gets angry at Ishqi for signing the divorce papers and letting Ahaan sign them too.

Ishqi tells Suraj she wants to announce something.