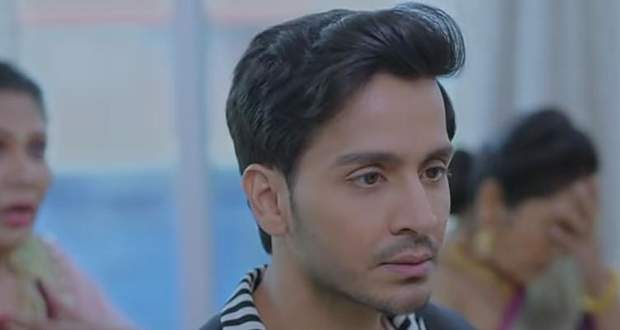 Today's Ishq Par Zor Nahi 17 August 2021 episode starts with Savitridevi telling Ahaan that he is responsible for breaking his and Ishqi's marriage.

At the same time, Ahaan receives a call from Rhea's mother and she asks him to come and meet her.

Later, Rhea tells Ahaan that she is pregnant but the father of her child is not Ahaan. She also tells him that he should look for the truth behind everything happening in his life.

Ahaan comes home to find out that Sonu is pregnant. Everyone is happy and celebrating when Daadi receives a call. Ahaan picks up the call but the caller refuses to talk to him.

Later, Ahaan talks to Karthik about the call and tells him that he was getting calls from the same number.

At night, Daadi and Ahaan-Karthik both leave for the mental asylum without each other's knowledge.

Later, in the mental asylum, Ahaan and Karthik inquire about Ishqi on the desk. Meanwhile, Daadi is all set to give Ishqi her last injection.

Suddenly, she comes to know Ahaan and Karthik have come there to find Ishqi.

A few moments later, Ahaan and Karthik disguise themselves as doctors and check each room to find Ishqi.