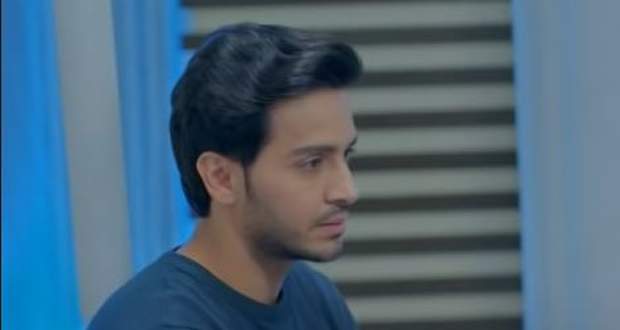 Today's Ishq Par Zor Nahi 20 August 2021 episode starts with Ahaan asking Ishqi that why did she sign the divorce papers. Ishqi tells her that it was a part of her plan of exposing Daadi.

Ahaan tells Ishqi that he is not the father of Rhea's child. Ishqi tells him that she believes him.

Later, Ishqi realizes that Ahaan is upset as he has to leave the house because he has promised his mother.

Further, Ishqi and Karthik plan to get family members drunk, so that they talk their hearts out. Ishqi serves drinks to everyone and they celebrate their reunion.

Ishqi asks Daadi to join them because they all will be leaving the house tomorrow. Everyone gets drunk and talks about what they always felt. Savitridevi tells that Daadi loves to control the person she cares for.

Later, Daadi being drunk, asks forgiveness from Savitridevi and requests her to take good care of her grandson, Ahaan.

In return, Savitridevi tells that they can still live together as a family. Daadi says sorry to Ishqi but she tells that she only wants her blessings.

Later that night, Ahaan tries to romance Ishqi but she refuses and tells him that he is a 'paraya mard' for her. She explains that as they have signed the divorce papers, Ahaan has to marry her before coming close.

The next morning, Ahaan is surprised as Ishqi comes with the Baarat and proposes Ahaan to marry her. Ahaan happily accepts the proposal and they get married again.