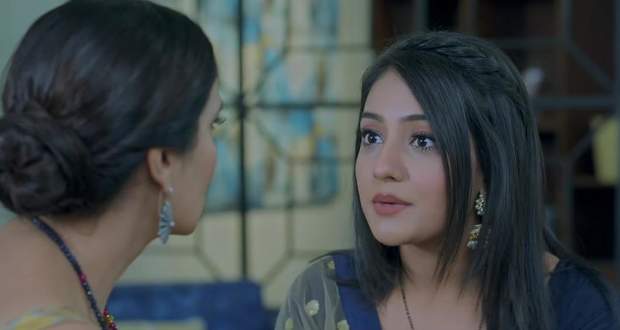 Today's Ishq Par Zor Nahi episode starts with Ishqi telling Ahaan that she is going from his house. She also tells him that she won't come back alone, she'll also bring back Savitridevi.

Daadi is tensed about Ishqi's challenge of exposing her. On the other side, Ahaan and Ishqi are sad and missing each other.

Next morning, Maasi again tries to explain Ishqi to not put her marriage at risk. Ishqi tells her Maasi not to worry and everything will be fine soon.

Daadi tells Rhea something and Rhea says Ahaan won't agree for this. Daadi tells her to do what she says and not use her brain.

Ahaan comes to have breakfast and behaves like nothing happens. Karthik argues with Ahaan and tells him we all wish Ishqi. He also tells him we should not move on with relations.

Daadi comes in with Rhea and tells Ahaan to sign some papers. Ahaan asks her what papers are those. Daadi tells its his and Ishqi's divorce papers.