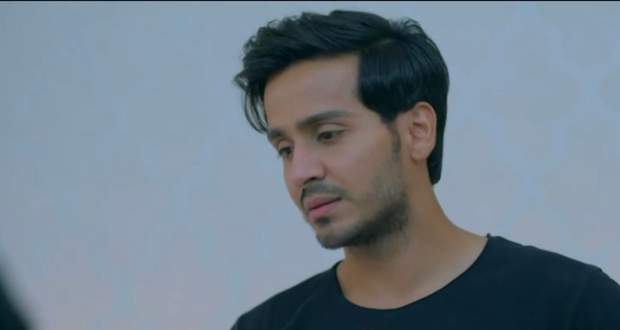 Ahaan comes in between and stops Daadi from slapping Ishqi.

He tells Rhea that this is his family matter and she should leave.

Savitridevi enters the house and tells that Ishqi was trying to reunite her with her children.

Daadi starts her drama to prove that she is afraid of Savitridevi.

Ishqi tries to explain Ahaan why she hid about knowing Savitridevi.

But Ahaan shouts at her and tells her to get out of his house and his life.

Savitridevi is upset because Ahaan didn't listen to her.

And tells Suraj that Daadi is behind exposing Ishqi and her.

Sonu and Karthik decide to go and talk to Ishqi but Daadi emotionally manipulates them.

Ishqi is all set to leave the house. But she tells Ahaan that he was wrong in not listening to her.

Ishqi tells Ahaan that next time she will have proofs to prove herself right.

And also she will clear the misunderstandings between Ahaan and his mother.