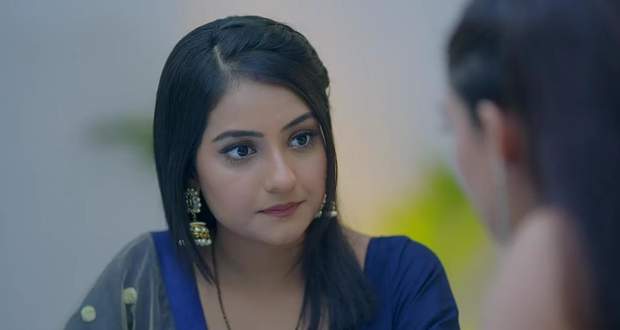 Ishqi decides to tell the truth of knowing Savitridevi to Ahaan.

Ahaan visits Savitridevi's place to check up on her health.

There he comes to know that Sonu has taken her to the hospital. Ahaan calls Ishqi to cancel their lunch.

Ishqi goes to meet Savitridevi and finds Sonu with her. Sonu asks her not to tell anyone that she was there with her mother.

After Sonu leaves, Ishqi tells Savitridevi that she will be telling Ahaan everything and Dadi get exposed.

Also, she asks Savitridevi to come and tell her children about what Dadi did to her all these years.

Ahaan meets Sonu where she tells that she never hated her mother. Ahaan accepts that also he is unable to hate that woman anymore.

Meanwhile, Karthik tells Ishqi that he doubts that Rhea may not be pregnant with Ahaan's child. Ahaan comes home and Ishqi tries to talk to him and tell him the truth.

However, before she tells him anything, Rhea comes to their house and shows a video of Ishqi meeting Savitridevi on the day of her marriage.

© Copyright tellybest.com, 2020, 2021. All Rights Reserved. Unauthorized use and/or duplication of any material from tellybest.com without written permission is strictly prohibited.
Cached Saved on: Monday 17th of January 2022 08:47:43 AM