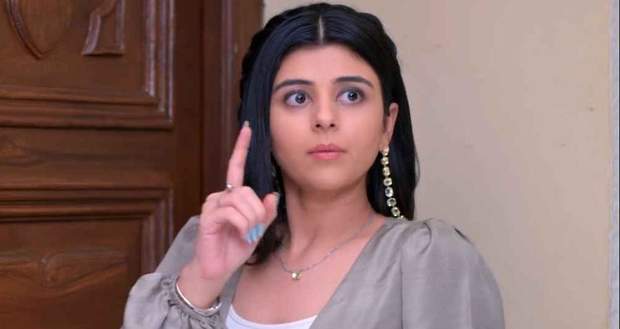 On hearing this, Gungun says she should pack herself in a bag itself. But, after some time Gungun agrees to Garima's request and chat about Dr. Rhiddesh and his extraordinary rules.

Meanwhile, at Kulshrestha's House Anubhav locks himself up and decides not to attend Gungun's party.

Golu, Neeti, Yug, and Ankit plan to take Anubhav with them to the bachelorette party. They tease Anubhav that he is jealous of Gungun's boyfriend.

Later, Gungun calls Golu and says Anubhav should be scared of her boyfriend and should not come instead.

Anubhav decides to attend the party as he felt challenged.

Meanwhile, at the party, Gungun introduces Golu Gang and Anubhav to her boyfriend.

Gungun's boyfriend makes fun of Anubhav to which Gungun gets angry and asks him to behave in front of her guests.

On watching this, Golu gets furious and decides to teach Gungun's boyfriend a lesson.

Later at the party, Gungun has fun and starts to dance with her boyfriend in front of her in-laws. Golu gang and Anubhav are shocked to look at the scene.