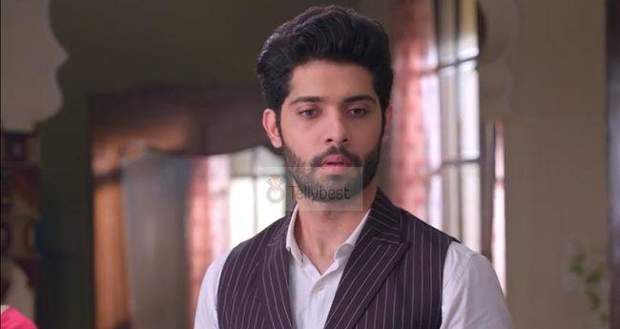 Today's Kabhi Kabhi Ittefaq Sey 13th August 2022 episode starts with Anubhav getting praise from his boss because of Gungun’s award while his boss requests him to call Gungun to the institute as a guest.

Meanwhile, Anubhav mocks Gungun saying that she doesn’t have time for him.

Anubhav’s boss advises Anubhav to try to understand her circumstances.

However, Anubhav goes out angrily after insulting Gungun.

In Jeet’s Network's office, the chairman informs Gungun about the party organized for her award result tomorrow.

Gungun refuses Chairman's offers as she doesn’t want anyone to know the result.

Later on, Gungun reaches the doctor’s office and asks about the blood report results.

The doctor informs Gungun about having a brain tumour and tells her that she needs to have brain surgery because of the size of the tumour.

Meanwhile, Anubhav gets a message from Akriti requesting him to have a chat with her in a nearby cafe.

At the same time, Armaan calls the chairman and asks about the party preparation while the chairman tells him about Gungun and Anubhav's deteriorating relationship.

Armaan adamantly informs the Chairman that the party is going to happen whether Anubhav and Kulshreshtha's family is happy or not.

Meanwhile, Garima encourages Gungun to have more career achievements and recalls Gungun’s dad taking care of Gungun even after working 16 hours at the hospital.

Garima advises Gungun to be happy and smile more as she hasn’t seen Gungun happy for a long time.

Gungun tells Garima about having a fight with Anubhav for having children for the past year.

Meanwhile, Garima misunderstands the situation as Anubhav not wanting children.

At the same time, Akriti and Anubhav are enjoying tea while Akriti talks about Gungun getting an award for her press excellence.

Akriti gives a bouquet to Anubhav as a reward for being a supportive husband to Gungun.

Akriti asks about Anubhav and Gungun’s anniversary celebration while Anubhav tells about Gungun's lack of time.

However, Akriti interrupts Anubhav and completes his sentence while portraying herself as the ideal wife for him.

Anubhav apologizes to Akriti and calls Gungun a mistake and goes out of the cafe in a dilemma.