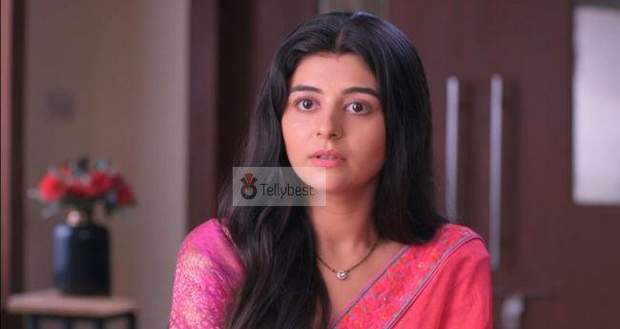 Gungun informs Sargam and Sunanda that she does not know where Anubhav is.

Meanwhile, Sargam and Sunanda accuse Gungun of not taking good care of Anubhav.

Sunanda comments that if Anubhav married a simple girl he must have been so happy.

At the same time, Armaan recalls his conversation with the doctor about Gungun having a brain tumour.

Armaan calls the Chairman to arrange a VISA for Gungun while the Chairman asks about Armaan's reason for worrying about Gungun as she is not his wife.

In Kulshreshtha's house, Gungun confronts Anubhav for going out because of her presence.

In return, Anubhav accuses Gungun of not spending enough time with him.

Gungun sees the bouquet and asks Anubhav about the giver while Anubhav informs Gungun nonchalantly that Akriti is the giver.

At night, Kulshreshtha's family is having dinner peacefully but seeing Gungun they start to taunt Gungun for coming down to tell them some special news.

Gungun's heart shatters at the behaviour of the Kulshrestha family as she thinks they only want Gungun to become a housewife who takes care of them.

Anubhav taunts Gungun for not feeling good while doing household chores but being perfectly fine with the idea of going to the party.

Gungun confronts Anubhav for not supporting her in her career achievements.

Meanwhile, Anubhav blames Gungun for achieving her achievements with the ladder made by Kulshrestha’s family sacrifices.

Gungun starts to cry and talk about her dreams of being a successful woman.

The next morning, Gungun is working in her office with her colleagues present while the Chairman informs Gungun of winning the prestigious award and invites everyone to the hall on the 2nd floor of the office to cut the cake.

Meanwhile, Gungun's happiness has no bounds as she has achieved an award which is a dream for every reporter.

© Copyright tellybest.com, 2020, 2021. All Rights Reserved. Unauthorized use and/or duplication of any material from tellybest.com without written permission is strictly prohibited.
Cached Saved on: Saturday 1st of October 2022 09:39:43 PMCached Disp on: Thursday 6th of October 2022 03:41:28 PM