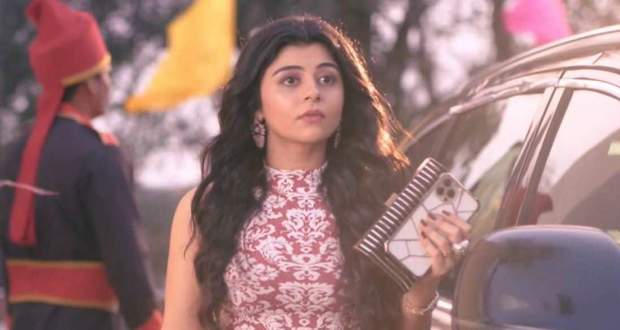 Today's Kabhi Kabhi Ittefaq Sey 18th April 2022 episode starts with the Kulshresthas taking a breath of relief after finding out Gungun is out of danger.

Meanwhile, Akriti calls Anubhav to get an update on Gungun while she tries to instigate Anubhav against visiting Gungun at night.

Dr. Riddhesh gets stone-cold and says she need not worry about his daughter and his love can replace Garima's love.

On the other hand, Akriti tries to blabber about Gungun and Rhiddesh who treated Garima like a caretaker her whole life.

Meanwhile, Garima is hurt and cries while she regrets her decision for coming with Akriti for her marriage.

Gungun overhears Rhiddhesh's conversation and suggests talking politely with Garima but, Rhiddhesh says he is hurt by Garima's actions and cannot hide it.

Rhiddhesh advises Gungun should be strong and not get hurt so easily and hugs his daughter.

Later, Anubhav's Haldi ceremony starts and Khushi expresses her views on Anubhav's marriage with Akriti and is against it.

Golu expresses his affection towards Gungun because she is real and not fake like Akriti.

Yug and Ankit support Golu's statement and warn Anubhav for taking a step (marrying Akriti) that he might regret later.

On the other hand, Gungun wakes up after getting a nightmare of Anubhav and Akriti's marriage while Maya arrives with soup.

Gungun blames Maya for her condition and her heartbreak.