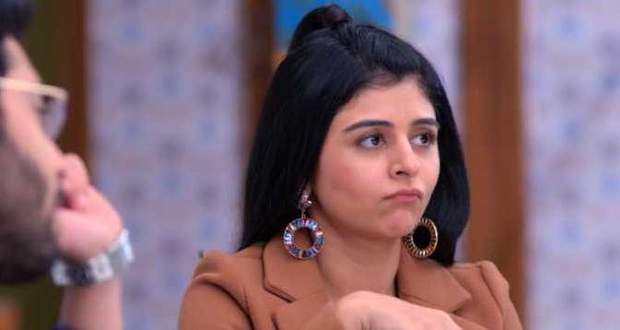 Today's Kabhi Kabhi Ittefaq Sey 1st March 2022 episode starts with Golu informing his family members about the missing money and the amount he has to repay.

The family members stand strong with Golu as it is the family that shares every season of life together.

Later, Anubhav suggests his family cancels his marriage with Gungun as they need to prioritize Golu's problem.

Meanwhile, Charudutt calls Dr. Riddhesh and announces his decision to him.

As the family members think of ways to save Golu, Charudutt says we should sell this house to arrange the remaining amount left.

Chandru suggests Charudutt borrow money from Dr. Riddhesh as he is capable of helping them.

Charudutt replies it is a matter of our family's self-respect and dignity, which resist him to reach out to Dr. Riddhesh for help.

While he was talking to his family, Dr. Riddhesh arrives with Gungun at Kulshrestha's House.

Later, Golu drowns himself in self-blame while Anubhav consoles him and tells Golu to focus on finding the culprits instead.

With Gungun and Dr. Rhiddesh arriving at Kulshrestha's House, Dr. Rhiddhesh thinks Gungun is at fault for the cancellation of her marriage.

Later, Gungun arrives at Golu's room where Yug, Ankit, Anubhav, and others seem to be tense and hiding something from her.