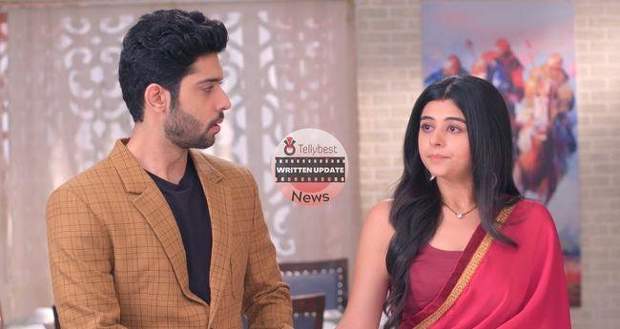 Today's Kabhi Kabhi Ittefaq Sey 22nd August 2022 episode starts with the summary of the serial as the show has ended on 20th August 2022.

A scientist named Anubhav meets a stubborn girl called Gungun through Chaavi and hates her bubbly and rebellious nature while Gungun does not like him either.

Later, Anubhav ends up marrying both Akriti (because of family pressure) and Gungun (in an effort to save from Ranvijay).

However, after Dr. Riddhesh's death, Anubhav considers Gungun his responsibility which slowly and gradually turns into love.

Meanwhile, Akriti wants to get revenge on Anubhav and sets goons after him.

Anubhav gets into an accident and loses his memories while everybody assumes him to be dead.

With Armaan's help, Gungun finds Anubhav in the Fisher’s ally and marries him again while Anubhav divorces Akriti.

2 years later, Anubhav and Gungun’s love turns to constant fighting due to Gungun’s decision to not have a child.

Gungun is diagnosed with a Brain tumour and goes to America with Armaan for her surgery leaving Anubhav.

After 2 years of a leap, Anubhav gets an International award while Gungun is back and meets her again in the orphanage.

Both Anubhav and Gungun reunite and live happily ever after.