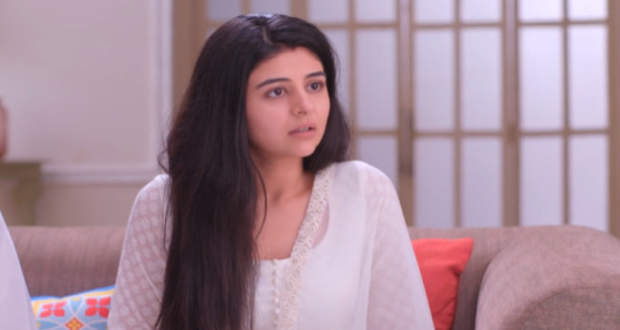 Golu and Yug worry about Gungun and decide to go to her after bringing the things for veneration.

Meanwhile, Gungun is at the modelling shoot and later comes out to find Armaan waiting for her.

Gungun does not wish to ride with him but his persistence makes her go with him.

Arman tells Gungun that she is being framed in the fraudulent case while Gungun tells him that Ranvijay was behind Anubhav’s kidnapping by the terrorists.

Armaan promises to help Gungun in the legal battle to punish Ranvijay for his crimes.

Armaan compares Gungun’s bravery to his mother and assures her that her bravery will help her survive.

On being asked about his girlfriend, Armaan tells Gungun that he loved her more than life.

Meanwhile, Golu and Yug are waiting at Gungun’s door and ask her about Armaan who has brought her there.

Gungun tells them that Armaan is an owner of the Jeet network, where she had gone to give an interview.

She also tells them that Arman’s words have comforted her and given her new hope to fight the world alone.

The next day, Gungun and Garima are praying for Anubhav in veneration when Arman comes to her house and joins her.

Armaan tells her that he is here to meet her.

In the meantime, Yug and Neeti are doubting Gungun’s feelings for Anubhav and criticising her for taking the lift from Armaan. They also accuse Gungun of moving on so soon unlike Akriti who is crying for Anubhav day and night.

Golu defends Gungun and tells them that one should not form a judgement about anyone this quickly.

Meanwhile, Garima questions Armaan for being there and thanks him for being a part of the veneration when others have left her alone. Garima also expresses her concern for Gungun.

Gungun tells him that she is capable of taking care of herself and goes inside remembering Anubhav.

Coming out of her imagination she finds Armaan standing there.

At Kulshreshtha’s house, people are discussing Gungun being responsible for Anubhav’s death.

Golu chacha loses his temper on them and shames them for blaming Gungun for Anubhav’s death.

Akriti also tells Golu that Gungun is responsible for Anubhav’s death whereas Golu tells her to go to court and prove that in court instead of defaming Gungun in front of others.

© Copyright tellybest.com, 2022, 2023. All Rights Reserved. Unauthorized use and/or duplication of any material from tellybest.com without written permission is strictly prohibited.
Cached Saved on: Monday 21st of November 2022 12:46:08 AMCached Disp on: Thursday 1st of December 2022 10:23:17 PM