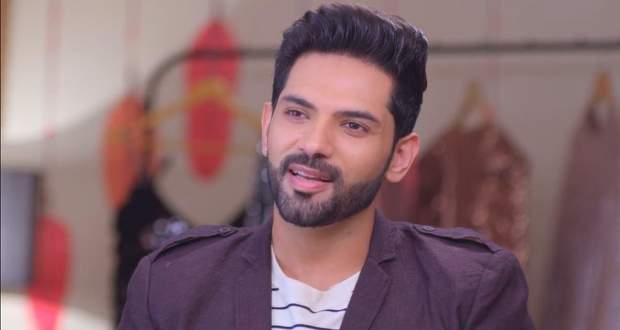 However, Goli urges them both to shut up as they are causing a scene at the funeral.

While Sunanda expresses her sadness about Anubhav not coming back to her like always, others family members start mourning.

On the other hand, the police arrest Ranvijay and his ally turn into a backstabber by helping the police.

Hearing about Ranvijay’s arrest, Mithilesh promises his wife that he will make sure Gungun pays the price.

He then informs Gungun about Ranvijay’s arrest and Garima breathes a sigh of relief.

Later in Jeet network, Arman introduces Gungun to everyone.

After everyone leaves, he suggests to Gungun that she may find her Anubhav in someone else.

However, Gungun denies it quickly as she is not looking for anyone new.

Changing the topic, Arman orders her to cover a story about some fisherwomen this week.

After explaining everything properly, he takes Gungun to her new office and introduces a photographer to her who will accompany her during her assignment.

Seeing Arman giving Gungun royal treatment, the other employees gossip about them.

As per them, Gungun is special for Arman.

After Arman leaves, Gungun feels a sense of pride while looking at her nameplate on the desk.

Elsewhere in Kulshrestha’s home, Charudatt advises everyone to move on.

He asks Goli to think about her marriage.

Hearing this, everyone including Goli denies it but Charudatt orders them that they cannot deprive Goli of her happiness.

Instead of answering, she walks away.

Meanwhile, in fisher’s ally, two women inquire about Madhav and go to search for him.

At the same time, Gungun and the photographer arrive there and ask some women to introduce them to a brave woman.

However, they deny it but when Gungun offers to help them in their search for Madhav in exchange for the brave woman’s address they agree to help.

They find Madhav but before Gungun can see his face, she gets a phone call and walks away from there.

Madhav is none other than Anubhav who has lost his memories due to the accident.