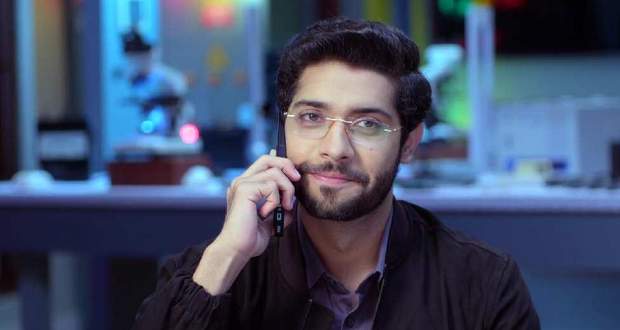 Today's Kabhi Kabhi Ittefaq Sey 25th February 2022 episode starts with Neeti asking Gungun if she has ever worn a saree to which Gungun says that she dislikes them.

Ankit comforts, Gungun that it is easy to wear a saree.

Funnily, Golu Neeti and Yug start to imagine Ankit in a saree and say it will suit him.

After a while, Gungun tells the family that there are a lot of options in western wear.

Meanwhile, Golu, Yug, and Ankit start imagining how beautiful their wives would look in western outfits.

Later, Golu offers Gungun samosas and everyone leaves the room according to their plan.

Chhavi waits for Anubhav and informs the family of his arrival.

The Golu gang hides as soon as Anubhav arrives.

On finding Gungun in his room Anubhav gets annoyed and both start to argue.

At the same time, Anubhav asks Gungun about the message she sent him which she denies.

After finding the message, she is shocked and confused and continues to argue.

Meanwhile, the Golu gang arrives to distract Anubhav and Gungun from fighting.

Gungun starts to join the dots and says she arrived at 4 o’clock while this message was sent at 4:15.

Later, Anubhav decides to go back to his workplace.

On realizing the plan might backfire, the Golu gang suggests he stays which is seconded by Gungun.

Later on, the family decides to play Hide and Seek and blindfold Anubhav and Gungun.