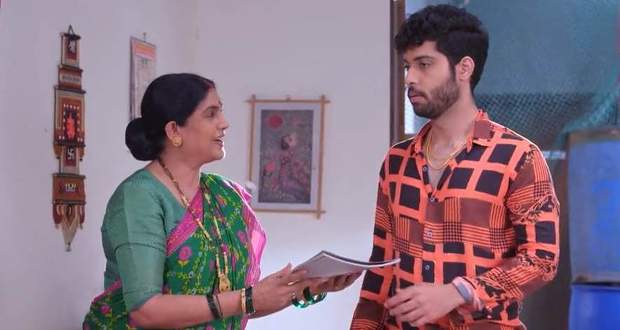 Hearing about Madhav, Gungun feels bad for him and urges Bina to take Madhav to a hospital.

When Bina informs Gungun about her money problems, Gungun tells them she will pay the bill.

As per her, only Anubhav knows about this song.

When she inquires Bina about the singer, Bina tells her that Madhav is singing.

Bina then goes to check Madhav as he forgets his home’s track very easily.

Meanwhile feeling emotional, Gungun walks away from there.

At first, she thinks Anubhav is here but she dismisses it quickly.

As per him, Gungun is hallucinating Anubhav everywhere.

Arman’s words seem logical to Gungun and then they decide to eat panipuri.

Later while walking in the market, Ankit notices Gungun and Arman laughing together.

Seeing this, Ankit angrily tells Golu that Gungun does not look sad anymore.

Golu then walks up to Gungun and accuses her of using Anubhav for fame.

Arman tries to make Golu understand that he is misunderstanding her but Golu along with Ankit advises him to wait as Gungun will change her colors soon.

On the other hand, in fisher's alley, Bina's mom takes Bina to their basti head for discussion and orders her to marry Madhav.

Bina tries to deny it as she thinks Madhav might be married.

However, Basti’s head orders her to follow the order.

Bina’s mom asks him what if Madhav recalls his memory after marriage.

He quickly replies that they will need to let Madhav go and Bina and her mom agree with it.

Later in Jeet network, Gungun gives presentatian about Bina and her mom Radha.

After everyone leaves, Arman tells Gungun that she is the ideal choice as a daughter-in-law as per his mom.

This makes Gungun uneasy and she quickly informs him about her plan to visit fisher’s ally again tomorrow.