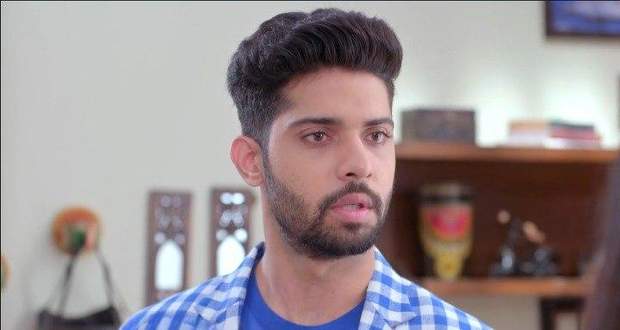 Akriti starts to throw things and shouts Shut Up in anger.

Further, Gungun calls the police commissioner and asks for his help to give Ranvijay the punishment he deserves.

The commissioner ordered to re-open Anubhav's case and calls the team.

On the other hand, Ranvijay's father is informed about reopening Anubhav's file which will be a problem for Ranvijay.

Ranvijay's dad scolds Ranvijay as his company is already at a loss and might go bankrupt because of his actions.

Further, he informs that Gungun is the one who reopened the file while Ranvijay says that he will fix everything soon.

Charudatt shouts at Anubhav as he asked for a divorce from Akriti.

Anubhav confronts Charudatt that he is the one who tried to separate him from Gungun and cannot live with Akriti.

Anubhav says that he has had enough of Charudatt's rules and will take Gungun's side no matter what.

Chandragupt and Sargam scold Anubhav but Anubhav says that he will not listen to them as he doesn't want to do injustice to Akriti.

Chanchal and Ankit take Anubhav's side and blame the family members for forcing Anubhav to marry Akriti just for their ego.

Charudatt feels cheated on as he thinks that Gungun has separated him from Anubhav.

Anubhav says that nothing can separate him from Gungun as he has witnessed death closely which shocks Charudatt.

Further, Anubhav considers his life as a gift from Gungun and will love her till the end of time.

Akriti says now she will do what she likes and Anubhav should not blame her afterward.

Further, the police officer from Mumbai calls Anubhav and invites him to the police station in Mumbai.

The Kulshresths ask Anubhav about the phone call while Anubhav says he is being called for interrogation by the Mumbai Police.

Akriti jumps in but Chanchal scolds him by saying she should not speak unless she knows the truth.

Charudatt orders Anubhav not to go back to Mumbai while Chancal explains that it is important to help the police by cooperating with them.

© Copyright tellybest.com, 2020, 2021. All Rights Reserved. Unauthorized use and/or duplication of any material from tellybest.com without written permission is strictly prohibited.
Cached Saved on: Tuesday 2nd of August 2022 02:58:53 AMCached Disp on: Thursday 11th of August 2022 11:31:25 PM