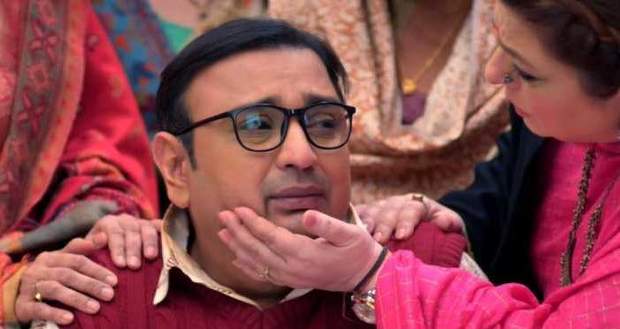 Today's Kabhi Kabhi Ittefaq Sey 2nd March 2022 episode starts with Riddhesh getting anxious for not knowing the exact reason for the cancellation of his daughter's marriage. Gungun joins the dots and tries to help her father.

While Golu is distressed and blames himself for the blunder, Anubhav says he should find out the real culprit.

Meanwhile, Gungun arrives in the room and asks the reason for Golu's distress. Golu tells Gungun that he is not sad but is practicing for a play instead. She says they should not hide the truth and share the problem with her.

On the other hand, Gungun expresses her happiness in front of Anubhav but he gets irritated and says family members are in a problem.

Meanwhile, Riddhesh asks the reason for the cancellation of Gungun and Anubhav's marriage but Charudutt resists telling. Charudatt requests him to stay patient as they are postponing the marriage.

Later at Gungun's house, Garima consoles Riddhesh as he seems to be anxious. Gungun informs her father that the actual reason might be related to Golu's office.

She makes a plan to find out and ask the reason from Golu's workplace. As the branch manager of Golu's work was the patient of Dr. Rhiddesh, Gungun suggests asking him the reason as a favor in return for saving his life.

Golu requests the officer and tells him to not visit his place as it will be embarrassing for the family.