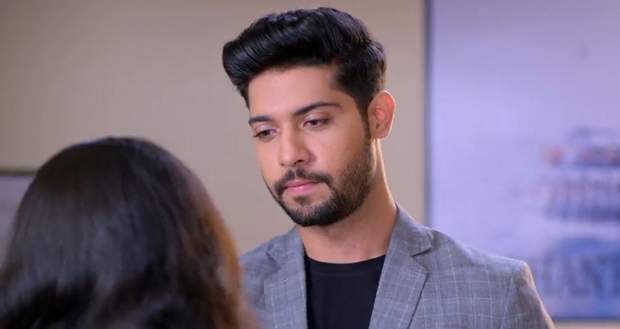 Meanwhile, Golu tries to explain how it is wrong to feel extra suspicious of Anubhav.

The family members try to clear out the clouds of doubt from Akriti's mind but Akriti remains unbudged.

On the other hand, Gungun and Anubhav meet outside the cultural program and swing together in the pool of love.

Further, Anubhav gets trolled by Gungun for staring at her too much but Anubhav stays extra romantic.

Meanwhile, Ranvijay arrives in Mumbai and plans to kill Anubhav.

The thugs ask Ranvijay if the love for Gungun has reached the extent of killing her husband, to which Ranvijay says he only wants Gungun's money.

On the other hand, Anubhav receives appreciation for his contribution to science to which he thanks Gungun for coming into his life.

Further, Akriti arrives at the program and looks around for Gungun while Anubhav performs on the stage.

Later, the host invites Anubhav's wife on the stage which makes Gungun and Akriti excited. Akriti walks towards the stage at the same time as Gungun and faces each other.

Akriti announces that she is the wife of Anubhav Kulshresth and asks Gungun to move away from the stage.

Shocked by the sudden arrival of Akriti, Anubhav's eyes fill with tears, and walks away after receiving the prize.

Later, Anubhav scolds Akriti for humiliating him on the stage.

Further, Neeti thinks of the consequences Anubhav might have to face from Charudatt.

On the other hand, Chanchal, Yug, and Ankit stop Gungun and try to explain the reason behind their missed calls.

Further, Anubhav says he is not scared of the consequences even if he gets kicked out of the house.

On the other hand, Gungun says that she cannot live without a family as she is all alone.