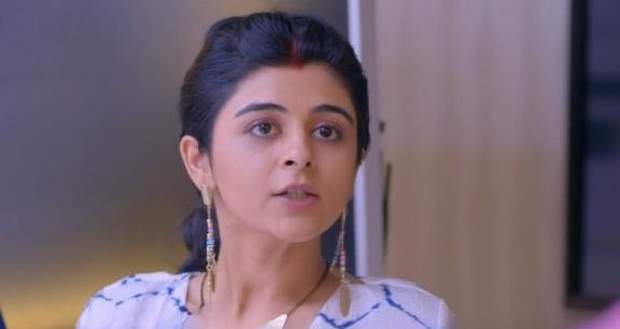 Today's Kabhi Kabhi Ittefaq Sey 8th June 2022 episode starts with Yug and Ankit leaving for Mumbai while Charudatt asks where they are going.

As Yug and Ankit inform the family members that they are going to Mumbai to find Anubhav, Akriti gets irritated.

Akriti taunts Yug that the ones who are actually lost should be found and not Anubhav as he is just faking his kidnapping.

Further, Akriti tries to draw attention to herself and says that Anubhav and Gungun are just continuing with their infidelity in Mumbai.

Meanwhile, Yug stands for Anubhav, and Charudatt gives him permission to find Anubhav in Mumbai.

On the other hand, Anubhav prays for Gungun and looks at the small statue of the couple which reminds him of Gungun.

Further, Gungun breaks into the Commissioner's office and requests his help to find her husband.

Meanwhile, the terrorists find out about Gungun's efforts and now her arrival at the Commissioner's office.

Later, the police commissioner offers to drop Gungun back at her hotel and notices the suspicious man following Gungun.

Meanwhile, Anubhav gets nightmares of Gungun being killed by the terrorists while Gungun thinks of Anubhav's statements at the phone call but promises to be there for him as a wife.

On the other hand, Chanchal and Yug find out the newspaper with Anubhav's photograph informing about his kidnapping.

Meanwhile, the suspicious man gets caught by the police and he warns Gungun about her husband Anubhav.

Further, the news of Anubhav's kidnapping reaches the Kulshresth house but Akriti tries to blame Anubhav and gets scolded by Sunanda.

Sargam scolds Akriti for tattling in their ears and poisoning their hearts against Anubhav while Akriti stands still to her beliefs.

Later, Akriti says that Gungun is responsible for everything.

© Copyright tellybest.com, 2020, 2021. All Rights Reserved. Unauthorized use and/or duplication of any material from tellybest.com without written permission is strictly prohibited.
Cached Saved on: Thursday 9th of June 2022 12:13:46 AMCached Disp on: Saturday 25th of June 2022 03:44:33 PM