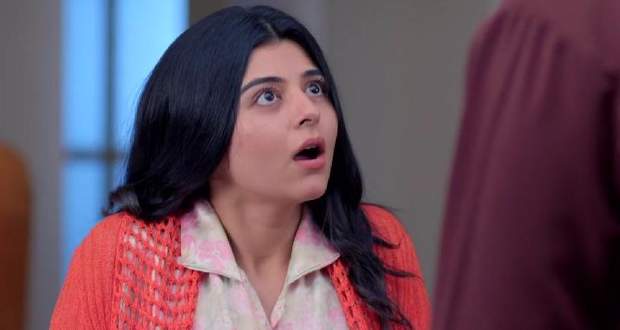 Gungun is tense as her exam results are going to be mailed today.

Gungun's father tells her that she was partying while she should have studied, to which Gungun asks her father whether she will pass or not.

Dr. Riddhesh and Gungun argue regarding how Gungun never takes anything seriously.

When asked about her future, Gungun tells her father that she has planned an outing for the evening.

Dr. Riddhesh tells Gungun that she is not at all capable of deciding her own future, and informs her about his decision to get Gungun married, to which Gungun laughs out loud.

After realizing that it was not a joke, Gungun tells her father, that she has seen two weddings, of Dr. Riddhesh and Garima, both of which are failed marriages.

When told the groom is Anubhav, Gungun gets hysterical. She completely rejects the proposal.

No matter how much her aunt, Garima, and her father, Dr. Riddhesh, try to convince her, she is adamant about her decision.

She further bluffs about leaving the house or hurting herself if her father and aunt don’t let this matter slide.

On the other hand, in the Kulshrestha household, Chanchal, Neeti, and Yug discuss how disturbed Charudutt is.

Although Yug tries to think from Anubhav's perspective, he is quickly shut down by Chanchal.

Anubhav then comes there and tries to talk to them, to which he continues to receive cold responses.

Charudutt calls everyone to the living room and returns everyone their valuables which Charudutt had with him.

Charudutt retires from all the responsibilities.