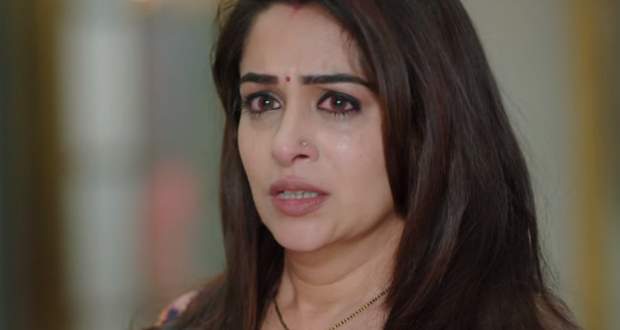 Today's Kahaan Hum Kahaan Tum 10 Feb episode starts with Rohit giving the divorce papers to Sonakshi. She gets shocked while Rohit asks Sonakshi to leave his life and family.

Nishi says that the prenup is null and she won’t get anything. Sonakshi doesn’t let her speak and gets shocked to read the clauses in the divorce papers.

She reveals that the papers suggest that she is characterless and that’s why he is leaving her. She slaps her while Rohit is also shocked to learn the clause.

However, he has to follow what Nishi has said and has to throw Sonakshi out of Sippy mansion. Sonakshi is not ready to believe him while Rohit blames Sonakshi for mishaps in his house.

Sonakshi thanks Rohit for making her realize that there is no such thing as love. She also says that she hates him and is shattered to remember past memories.

Rohit is also shattered to throw Sonakshi out of the house but wants her to be happy in her life. He states that the Sippy family members don’t trust her and deserve her.

Sonakshi is also crying in the middle of the road when Mahesh arrives. He asks her to come with him to his village or he would kill him.

Ajit calls Suman and asks about Sonakshi. Meanwhile, Mahesh kidnaps Sonakshi but later she escapes and meets with a terrible accident.