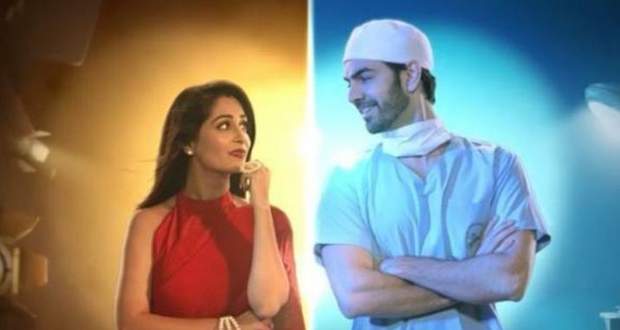 Today's Kahaan Hum Kahaan Tum 10 Jul episode starts with Suman getting furious when she comes to know that Sonakshi has returned Rs. 6.5 lakh to Sippys.

Sonakshi justifies herself by saying that she does not charge for hospital events and so return the money.

Meanwhile, on the breakfast table, Rohit and Sukhmin discuss wishful serpents. Vimi requests Rohit to give her brother's wedding invitation card to Sonakshi.

Veena praises Sonakshi by stating that she is a down to earth girl and respects everyone.  Rohit gives a call to Sonakshi and tells her about Vimi's brother's wedding invitation.

Suman blasted on Nishi over a call and so Nishi plans to take revenge from Suman. Police barge into Sonakshi's home and arrests Suman for stealing Rohit's expensive watch.

Sonakshi calls Rohit to ask him why did he lodge a complaint against Suman as last night she returned his watch already.

Rohit gets shocked to hear that. Sonakshi asks him to set her mother free by taking the complaint back.