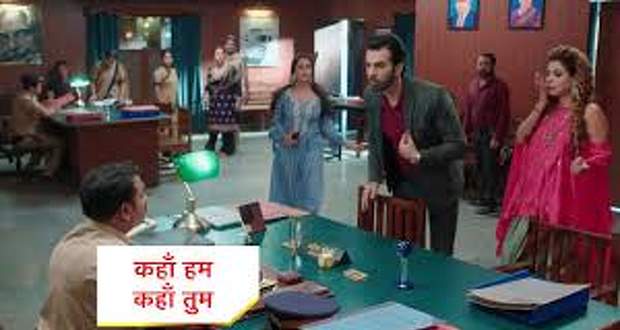 Rohit explains to the police inspector that Nishi was not aware that Sonakshi has returned his watch last night and requested to cancel the complaint.

Rohit asks Nishi to apologize to Suman as she suffered because of her.

Sonakshi misunderstands the situation and blames everything on Rohit and asks him not to show his face ever to her.

Sippy family asks Nishi why she filed a complaint against Suman. Family members get disappointed with Nishi when they come to know the real reason.

Sonakshi takes care of Suman as Suman is in trauma due to jail fiasco. Rohit tries to contact Sonakshi, but she ignores his calls.

Sonakshi breaks down in front of Netra and shares that she cannot see her mother in that state. Netra consoles and motivates her to stay positive.

Rohit gets startled with the nurse's odd response to his question.