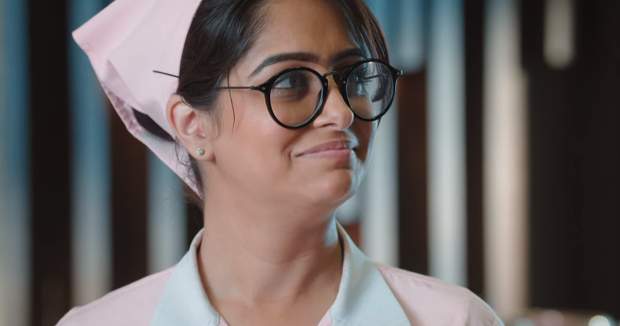 Nishi asks Parvati aka Sonakshi to leave as they don’t need her. Veena asks Nishi to let Parvati say as Rohit acts of being unwell. Veena asks Sonakshi to take Rohit inside.

Rohit and Sonakshi romance with each other while Veena arrives and asks Parvati to give him a sponge bath. Sonakshi asks Rohit to concentrate on exposing Nishi.

They decide to steal Nishi’s phone while later Vimmi confronts Sonakshi. They mix something in Nishi’s soup while Pari witnesses this.

Sonakshi confronts Pari and wants her to think about her actions. Pari asks her to stay away from her path and threatens to expose her if she questions her again.

Sonakshi calls her mother and wants her to console Pari. Suman thinks Pari is doing right but asks Sonakshi to do what she thinks is right.

Nishi gets sick after drinking the soup while Pooja witnesses Rohit and nurse Parvati’s under the table romance. Sonakshi is unable to get her phone while Nishi runs to the washroom again and again.

Sonakshi takes her phone from her room and gives Rohit the phone. They try to open the phone while Pooja enters their room. She gets mad at Sonakshi for returning to their house.

Rohit reveals that Nishi is responsible for Naren’s condition.

© Copyright tellybest.com, 2018 & 2019. All Rights Reserved. Unauthorized use and/or duplication of this material without written permission from tellybest.com is strictly prohibited.
Cached Saved on: Tuesday 31st of March 2020 08:43:47 PMCached Disp on: Wednesday 1st of April 2020 12:24:18 PM