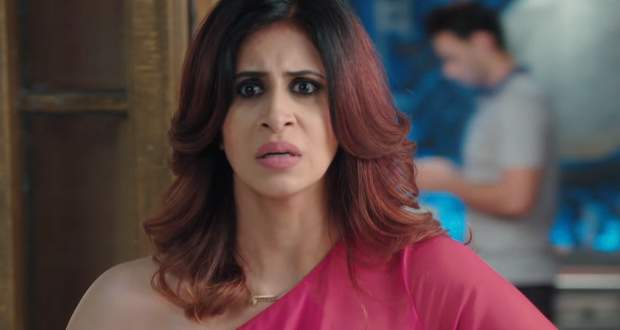 Pooja confirms from Naren and asks for Nishi’s phone to hack it. Sonakshi gives a home remedy of Kerala to keep Nishi busy while Pooja hacks the phone.

Nishi tests Sonakshi’s medical knowledge and she gives correct answers with Rohit’s help. Nishi asks for her phone and starts calling on her number.

Pooja cuts the call and Nishi gets worried. Pooja gives Nishi her phone and says she was trying to call a doctor but she has changed her password. Nishi speaks rudely with Pooja and leaves.

Nishi witnesses Sonakshi talking to Rohit and wonders if the nurse is Parvati. Later, Nishi leaves for Rastogi house to expose Sonakshi while Tanya confronts Pari.

Pari acts innocent in front of Rohan and Rohan scolds Tanya for misbehaving with her. Nishi reaches Rastogi house and finds Sonakshi. Nishi leaves while Rohit comes out of the room.

© Copyright tellybest.com, 2018 & 2019. All Rights Reserved. Unauthorized use and/or duplication of this material without written permission from tellybest.com is strictly prohibited.
Cached Saved on: Saturday 6th of June 2020 11:10:57 PMCached Disp on: Saturday 4th of July 2020 11:57:10 AM