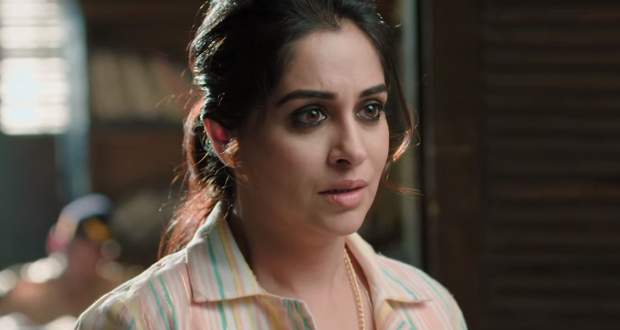 The news reporter asks about Parvati and some other actress arrives in a car along with her co-star. Netra reveals that because of Sonakshi, the serial suffered a lot.

She further states that Sumit had to go for his film project so they had to replace the actors. Meanwhile, Sonakshi meets Suman in the jail who is trapped because of a fraud builder.

They have also lost all their savings and Sonakshi consoles Suman of gaining everything again. Suman is really upset while Sonakshi assures her that she would get her out of jail.

Sonakshi requests the lawyer to help her while the lawyer asks for four lakh before going to the court. She says she will get the money but refuses to take help from the Sippy family.

Meanwhile, Nishi has taken over everything and refuses to give free treatment to any patient. Rohit overhears this and asks Ravi for help.

Nishi shows her good side in front of Veena and lies about the patients. Naren knows her reality but is paralyzed and is in a wheelchair.

Rohan is happy about his baby kicking while Pari’s baby is also kicking. She tries to hide her tummy while Sonakshi is upset about their financial condition.

Sippy family is all set for Aakash and Deepa’s wedding while they are not able to find Rohit. Meanwhile, Netra refuses to help Sonakshi and she gets a small role in a serial.

Rohit is working in a small nursing home where Pari is also present. Elsewhere, Sonakshi gets the role of Bhabhi but is unable to get 4 lakh advance. The producer wants to cast another actress for the role.

Sonakshi is asked to perform in a private dance party and she agrees for the money.