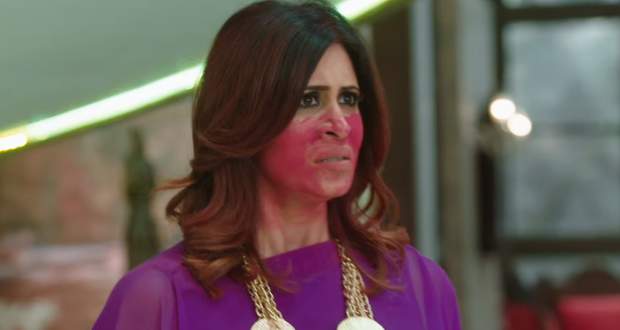 Sonakshi asks Naren to give some clue while Nishi stops the action. Nishi further reveals that Veena got Sonakshi kidnapped from the hospital.

Rohit gets shocked while Nishi continues to accuse Sonakshi. She further accuses Pari of being the reason for Tanya leaving. Pooja takes Sonakshi’s side while Rohit acts of being rude with Sonakshi.

Rohit throws Sonakshi out of the house while Nishi doesn’t believe his act. Later, Sonakshi makes Pari realize that Rohan can leave her as well if he can leave Tanya.

Nishi is sure that Rohit was doing drama and decides to kill Naren. Pooja realizes that Nishi has kept the application of pacemaker in Badi Mumma’s phone and throws it in the water.

Nishi gets mad at her as the phones go dead while Badi Mumma asks Nishi to calm down. Later, Pari brings Tanya home while Tanya refuses to accept Rohan in her life.

Veena supports her decision and disowns Rohan. She also throws him out of the house and asks Akash to print it in the newspaper. Veena accepts Tanya as her daughter and also forgives Pari.

Nishi gets irritated as she is not able to get the phone repaired. Meanwhile, Rohit gets Naren ready in a ladies' getup to change his pacemaker. Sonakshi arrives with a group of Holi players and Ajit is also with them who puts color on Nishi.

Nishi wonders where Rohit is and finds him with Naren in the woman getup.