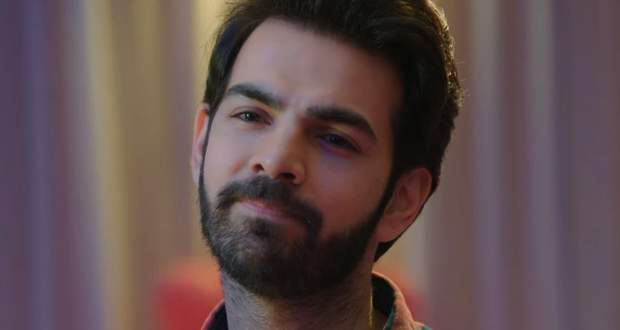 Today's Kahaan Hum Kahaan Tum 14 Feb episode starts with Sonakshi learning that she can perform at a private party. She is not sure but gets a call from the lawyer and makes her decision.

Rohit reaches the same party where Sonakshi is about to perform. Sonakshi starts dancing and later comes face to face with Rohit.

They both remember their respective painful moments and Rohit’s friend also accuses Hanif of calling Rohit’s ex-wife as a dancer. Sonakshi decides to resume her performance.

Rohit interrupts and insults Sonakshi for being boring. Sonakshi still wants to perform while Rohit doesn’t want Sonakshi to get insulted and perform like that.

He knows that Sonakshi is in some problem and decides to leave the party if Sonakshi dances. Rohit’s friend asks Sonakshi to leave while Rohit is upset about her condition.

The court hearing starts and the lawyer reveals that Suman and Sonakshi are cheated by Mr. Goel. She is about to get bail when Rohit arrives to give proof against Suman.

Rohit says that Suman is greedy and should not get bail. He, while speaking against Suman, gives a clue to the court that Goel is in London and has made a building there.

Rohit acts disappointed but is happy inside with Suman’s bail. Later, Sonakshi confronts Rohit and asks him to spare her family and her mother.