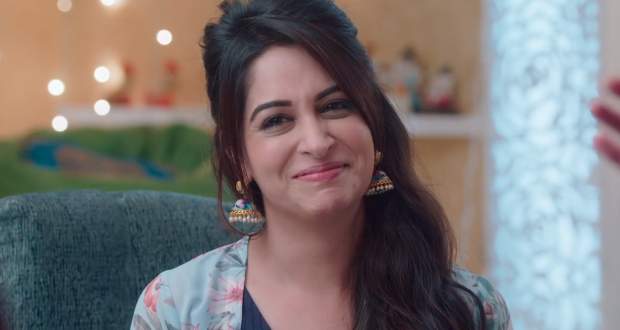 Today's Kahaan Hum Kahaan Tum 16 Oct episode starts with the light man throwing light on Sonakshi and Rohit. Netra gets mad at the staff while Sonakshi is ready to shoot.

Later, Suman gets mad at Pari for not helping with Sonakshi’s wedding. Rohit and Sonakshi arrive and Suman gives a black thread to Rohit.

Rohit asks Suman about dowry and wonders why his mother hasn’t talked to her. He gives a list with Madhuri Dixit written on it as a joke.

Meanwhile, Naren is not happy with Rohit and Sonakshi’s marriage while his mother takes Sonakshi’s responsibility if anything goes wrong.

Rohit has many demands and wants her to call Madhuri Dixit at the wedding. Sonakshi sends off Rohit while the light man has turned into watchman of Sonakshi’s building.

The watchman takes the earring and is a psycho lover of Sonakshi. Later, Sonakshi is worried about the wedding expenses while Suman assures her everything is taken care of.

Suman doesn’t like the fact that Raima is living at Sippy mansion. Meanwhile, Sippy’s dance and want Rohit to also join with them.

Both the families enjoy the celebrations while later Sonakshi’s lover is seen in a drunken state. He has turned a dummy woman into Sonakshi by pasting her photograph.

He declares he will not let her marry anyone else.