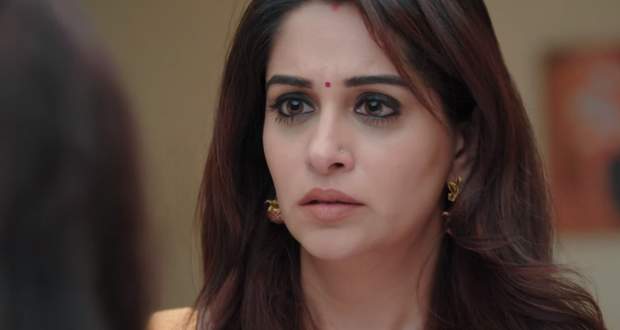 The story of a while back is shown where Sonakshi arrives at Rani’s house to learn the truth. Rani is sure that Sonakshi won’t be able to handle the truth.

Sonakshi says she will call the police while Rani is not afraid of the police. She says everybody just threatens her including Rohit.

Pari reaches her audition site and finds Rohan there. Meanwhile, Rani says that she just loved someone and that was her only mistake.

Rani declares that Pooja is her daughter and her family members know. At the same time, Rohan wants to know why Pari is ignoring him.

Rani reveals that she was not married and that’s why she was compelled to leave her in adoption house. She shares her pain of being separated from her daughter.

Pari reveals in front of Rohan that she gave the news of Pooja’s adoption to Tapasya. Rohan consoles Pari and trusts her. He later declares that he loves her and gets intimate with her.

Sonakshi shows a letter given by Rani to Rohit’s uncle. Later, Rani refuses to tell the name of the father and says that he is no more. Sonakshi wants to tell Rohit about Rani while Aakash doesn’t let her.