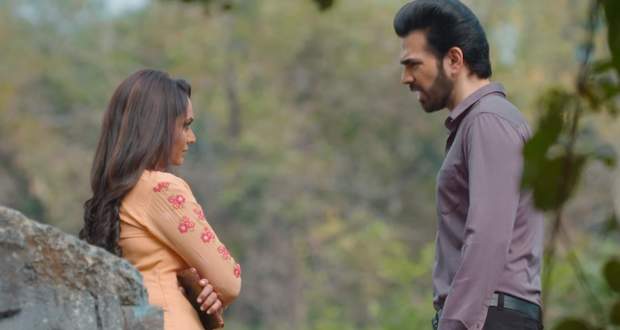 Rohit wants to protect his family and Sonakshi from Rani. Meanwhile, Sonakshi receives the salary check and asks Suman to meet her.

Rohit calls Rani and wants her to meet him in a secluded place. Elsewhere, Pari asks Rohan to come home as she is alone.

Later, Sonakshi calls Rohit and asks where he is. Rohit lies that he is with a patient but he is with Rani instead. Also, Sonakshi’s set is also near the place where they are meeting.

Rohit meets Rani and warns her for not blackmailing them. Rani threatens that she will expose him in front of Sonakshi and will affect Pooja’s life badly.

Sonakshi meets Suman and enquires about the check that was given to her. She wishes to get her part in each of the memories they have shared.

She asks her to keep her monthly salary and give her pocket money. Meanwhile, Pari waits for Rohan but Tanya arrives there instead.

Tanya shows her anger for the girl with Rohan while at the same time, Rohan arrives. Later, Sonakshi receives a letter in the name of Rani.

Upcoming Kahaan Hum Kahaan Tum episode update: Sonakshi arrives to give the letter to Rani in her room.

© Copyright tellybest.com, 2018 & 2019. All Rights Reserved. Unauthorized use and/or duplication of this material without written permission from tellybest.com is strictly prohibited.
Cached Saved on: Friday 17th of January 2020 08:18:11 PMCached Disp on: Wednesday 22nd of January 2020 05:17:36 AM