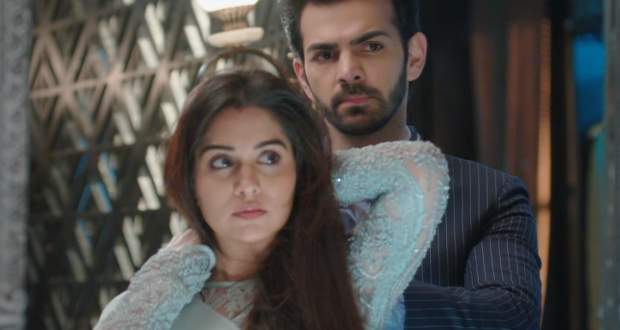 Today's Kahaan Hum Kahaan Tum 20 Dec episode starts with Deepa asking YK and Nishi about hiding Rani’s reality from Pooja. YK wants to tell Deepa and Aakash and is about to reveal when Veena arrives.

She also wants everyone to see Sonakshi’s show together. Pooja requests Naren to come for the show while Rohit watches him in anger.

Rani asks for a week’s holiday over the phone while Rohit is not impressed with her drama. She talks rudely with Rani while Sonakshi overhears their conversation.

Sonakshi asks Rani why Rohit is against her while Rani lies. Sonakshi tries to find out the truth from Rohit but he ignores her and leaves.

Sonakshi tries to find out about Rani and learns that Rani has lied about being out of Mumbai and also wishes to bring her daughter back.

Sonakshi meets her mother and starts crying. She learns from Suman that Veena went to meet her about the rain dance. Later, Sonakshi confronts Veena about being disturbed for a Rain dance.

Sonakshi says she has talked to Pooja and they are going for pre-anniversary dinner of YK and Nishi. Veena gets relieved and thanks Sonakshi.

Later, Sonakshi and Rohit share an emotional moment and exchange a few words.