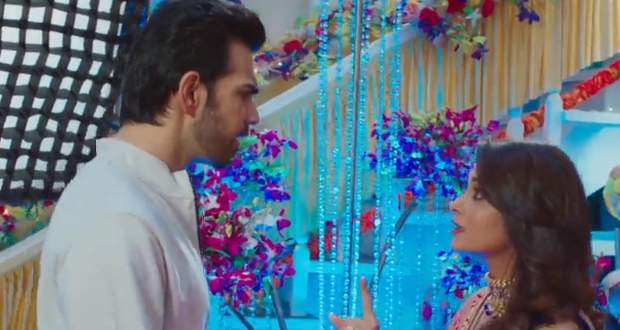 Netra getting a call from Sumit, who tells her that he will not come to the sets for shooting.

Rohit has a bad dream about Sonakshi doing an operation.

Rohit gets out of his house and starts telling people not to watch Sonakshi’s show.

YK talks to Suman Rastogi (Sonakshi’s Mother) about Sonakshi doing the inauguration of the OT ward in the hospital. They agree on an amount of 7 lakhs.

Rohit comes to meet Sonakshi on sets. He enters Sonakshi’s dressing room and Sonakshi thinks he has come to take a picture with her.

Rohit asks Sonakshi to talk to her but she tells him to wait in the adjacent room.

Meanwhile, Sumit states to Netra that he will only shoot with the duplicate of Sonakshi.

Rohit enters the set and disrupts the shooting.

Rohit misunderstands the duplicate with Sonakshi and starts asking her why she is not facing him.

Rohit gets shocked to see a man dressed like Parvati.

Sonakshi comes on the set and asks Rohit not to create a fuss on the set.

Rohit calls Sonakshi’s industry fake, and Sonakshi tries to explain why artists are as important as doctors.

© Copyright tellybest.com, 2018 & 2019. All Rights Reserved. Unauthorized use and/or duplication of this material without written permission from tellybest.com is strictly prohibited.
Cached Saved on: Sunday 7th of June 2020 01:37:29 AM