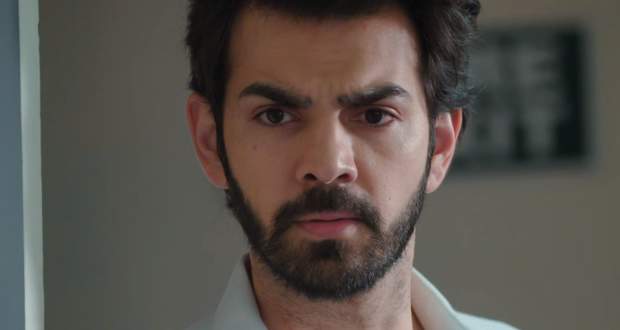 Sonakshi wants only happiness in the family for the baby. At the same time, Sonakshi gets a call regarding a job opportunity for a role.

Rohit discusses with the board of directors about some infection-causing death in many countries. He says the virus spreads through the air and they should wear masks.

Sonakshi meets the producer who is having cough and cold. The producer explains her role in the restaurant and at the same time, Nishi and Veena arrive there.

Sonakshi meets Vimmi and asks about Veena’s upset state. Vimmi tells Sonakshi that Veena is upset because Tanya has lost her child. Meanwhile, Nishi wants Veena to convince Rohit to get married.

Sonakshi learns that Rohit was beating Rohan for trying to kill Pari’s baby. She deduces that Rohit was only saving Pari. Later, Sonakshi comes to the hospital and meets Naren.

She asks about his wellbeing while Rohit witnesses the scene. Naren shows movement for the first time and holds Sonakshi’s hand. Rohit gets happy to see it but he can’t let her stay in their life.

Sonakshi enters Tanya’s room to meet her but Tanya gets violent to see her. She attacks Sonakshi but Rohit comes in between and gets hurt instead.

Rohit asks Sonakshi to not involve with his family and shows his bad side. He states that he will never let her return in his life.

Upcoming Kahaan Hum Kahaan Tum episode update: Sonakshi comes face to face with Rohit and says she is happy that she is with Sumit.