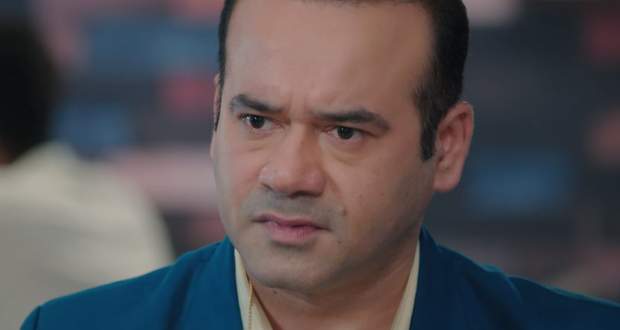 Today's Kahaan Hum Kahaan Tum 23 Dec episode starts with Rani searching for something in the room. Pooja arrives and she hides something behind her back. She finds a dress and Rani says she bought it for her.

Later, at the dinner, Sonakshi misses Rohit while Pooja arrives with Rani. Nishi is upset with their closeness while Ajit comments on Pooja’s dress.

They all celebrate Rohit’s success while Rohit and Sonakshi continue to miss each other. Later, Naren hears some woman talking to Netra about Sonakshi and Sumit’s dance.

They also talk about their love affair. Some men also call Sonakshi sexy which upsets Naren. Sonakshi is happy with the response while Naren arrives and questions about her rain dance.

Sonakshi is compelled to say yes while Naren leaves from the dinner in anger. Later, Sonakshi also arrives home and asks about his mood.

Veena finds Naren watching the rain dance of Sonakshi and Sumit. Veena tries to make him understand that it is her work and acting.

Nishi is wished by Pooja and YK while later Pooja asks for Nishi’s saree for Rani. Meanwhile, Suman gets upset with Pari signing an NDA with a production house.

Suman doesn’t believe her and decides to investigate. At the same time, Veena tells Sonakshi that Naren is not talking to her after watching her show.