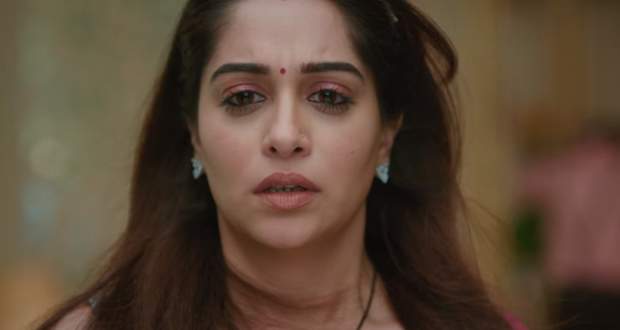 Today's Kahaan Hum Kahaan Tum 24 Dec episode starts with Naren suggesting Sonakshi leave her job. He tries explaining why her work is not dignified. He also refuses to hear any clarification from her.

He also suggests they should not talk to each other. Sonakshi starts wondering if every girl faces the same difficulties or is it just about her profession.

She also doesn’t want to lose Naren’s love and fatherhood while she also can’t leave her profession. Later, Veena tries to give her motivation and encourages her.

Pari challenges Rohan to kiss her at the party. At the same time, Sonakshi shares her feelings with Veena and says she will talk to Naren.

Later, Nishi gets worried that Pooja went along with Rani. She thinks Rani will be dangerous for Pooja. Pooja arrives at the same time and questions Nishi about her words.

Nishi reveals that Rani is an alcoholic and has gone to jail multiple times. Nishi promises that she will not interfere in Pooja’s life if Rani doesn’t drink.

She further says if she drinks then Pooja has to let go of Rani. Meanwhile, Naren ignores Sonakshi’s topic and talks about Rohit’s successful surgery.

Sonakshi imagines Rohit giving her flowers and apologizing to her. At the same time, Rohit comes out of the bathroom and they fall on the floor after losing balance.