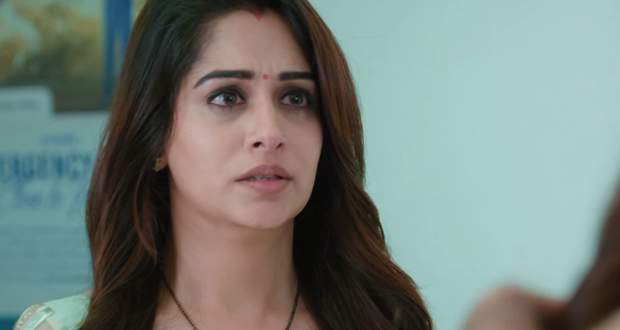 Today's Kahaan Hum Kahaan Tum 24 Jan episode starts with Rohit rushing outside to feel Naren in a pool of blood. Everybody else comes outside and gets shocked. They all rush him to the hospital.

Later, Rohit comes outside the operation theatre to reveal that Naren is critical. Veena gets really upset and wants Rohit to save him.

Meanwhile, Pari continues to call Rohan but he ignores her. Suman and Pari learn about Naren and rush to the hospital. Elsewhere, Nishi arrives in the hospital.

Tanya gets upset to see Pari in the hospital while Sonakshi and Rohit ask her to go back home. The doctor asks Rohit to call the police to investigate.

Nishi gets scared and makes everyone believe that Naren has attempted suicide. She wishes she should have talked to him while Sonakshi reveals she met him before his fall.

Sonakshi also says she talked to him about the property and reveals he was fine. Nishi accuses Sonakshi of talking something irrelevant with Naren which caused him to attempt suicide.

However, Deepa and Aakash refuse to accept they said something like that. Nishi again accuses Sonakshi of lying and thinking about Rohit’s share.

Veena slaps Sonakshi and accuses her of her husband’s condition. The police arrive and Veena wants them to question Sonakshi. Rohit supports Sonakshi and wishes to accompany her to the police station. Veena gets unconscious and Rohit has to stay back.