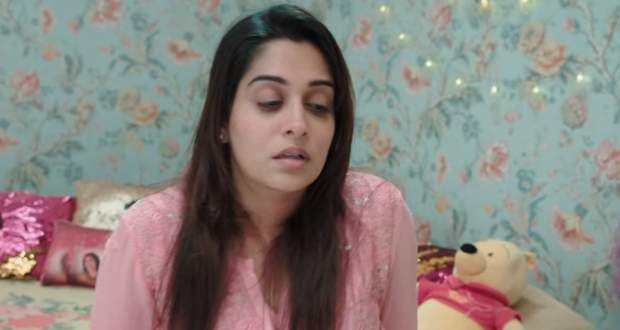 Today's Kahaan Hum Kahaan Tum 25 Feb episode starts with Sumit and Sonakshi dancing while Rohit getting jealous. Sonakshi asks Sumit to not get close to her while he wants to know the reason.

He states that she still loves Rohit. Later, Rohit accuses Sumit of putting hands in her hair while Sumit accuses him of getting affected by their closeness.

Sumit calls them both stupid while Sonakshi realizes that she still loves Rohit. She consoles herself to not love Rohit while Rohit wants the same.

In the morning, Suman reads about supervirus in the newspaper and finds Sonakshi in a sick condition. Sonakshi asks for pills and calls Muniya to enquire about her health.

Muniya is there for a blood test and gets unconscious. Meanwhile, Rohan gets shocked to learn that Tanya still thinks she is pregnant and talks to her baby.

Rohit struggles to treat the patients in his hospital and loses another patient. Muniya arrives at his hospital for treatment while he gets worried about Sonakshi.

Sumit arrives and gives masks to Sonakshi and Suman to get saved from supervirus while Sonakshi wants to leave to meet the lawyer. Meanwhile, Tanya orders a crib for the baby while the family is shocked.

Rohit arrives at Sonakshi’s house and asks her to open her room’s door. Sonakshi refuses to accept any help from Rohit.

Upcoming Kahaan Hum Kahaan Tum episode update: Sonakshi threatens to jump off the balcony as she is infected.