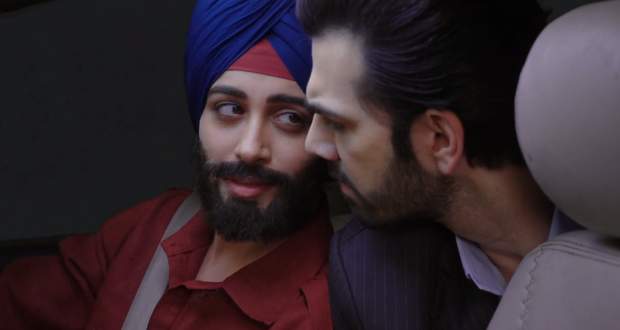 Today's Kahaan Hum Kahaan Tum 25 Oct episode starts with Rohit reaching Sonakshi’s set and finding someone lurking after Sonakshi. A day before story is shown after that where Rohit’s driver Ravi is arrested.

Sonakshi can’t believe Ravi can do this while Naren is also shocked. He is attacked by media and pushes one of the reporters.

Later, Rohit catches a guy following Sonakshi on the set. Mahesh sees Rohit in a mirror and starts doing his work as an act.

Rohit is there to get Ravi out of the police station and the commissioner also believes that Ravi is innocent. They arrested him so that the attacker can be careless.

Suman meets Akhil who is the wedding planner for Sonakshi’s wedding. He explains the details of all the sponsors for the wedding.

Sonakshi disguises as a driver to pick up Rohit from the hospital. Rohit recognizes her and starts teasing her. Sonakshi also learns he knows that she has disguised.

Meanwhile, Raima is disturbed because of being away from Rohit and thinks Sonakshi is insecure about her. YK’s mother tells her she has made a huge mistake.

She says Sonakshi is smart and has manipulated Rohit in moving on. At the same time, Rohit exposes Sonakshi and they both start romancing.