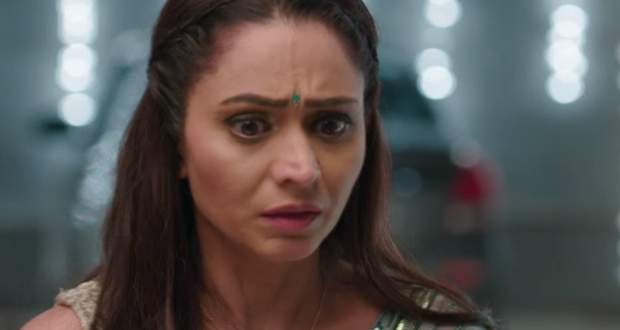 Rohit complements Sonakshi while Sonakshi complements his speech. Tanya returns with Pari and talks weird with Rohan. Meanwhile, Nishi sends a drink to Rani through a waiter.

At the same time, Suman arrives and takes the soft drink as her mouth is burning because of chilies. She scolds the waiter for serving alcohol in the name of a soft drink.

Later, Shindey comes to meet Rani and says he told the lie to Sonakshi. He further gives her alcohol and drinks in one gulp.

Rani declares that she is after Sippy money while Sonakshi arrives outside to witness the scene. Sonakshi confronts Rani about meeting Shindey late at night.

Rani acts of being worried for Pooja and says Shindey is mad at her for not working. Sonakshi further accuses her of telling everyone that she lives in Sippy mansion.

Suman gets in an argument with one of the guests who accuse Sonakshi of having a bad character. Sonakshi defends her case and explains the situation to that guest in his language.

Rani reveals that she was her duplicate and did the intimate scenes in the rain dance. Rohit also takes a stand for Sonakshi.

Naren’s BP gets high while Nishi gets worried about Pooja. Later, Nishi confronts Rani and Rani reveal that she has brought her there to act as Pooja’s fake mother.