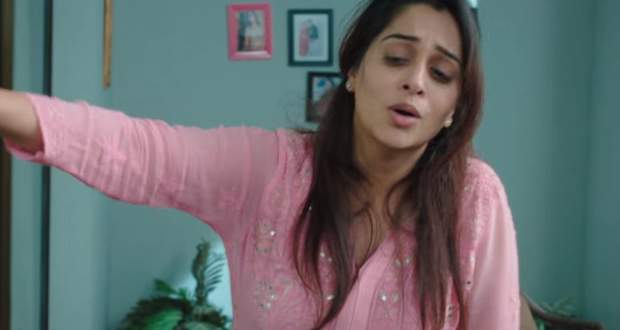 Today's Kahaan Hum Kahaan Tum 26 Feb episode starts with Rohit asking Sonakshi to open the door to get tested. Rohit acts of Pari being in pain and Suman and Pari help him to get Sonakshi out of the room.

Sonakshi comes out and realizes that Rohit was acting. He asks her to come along but Sonakshi refuses to go with him. She locks herself in the balcony and threatens to jump.

Rohit gets out of the house and asks Sonakshi to get tested. Later, Rohit meets Sumit and asks him to get Sonakshi tested in a city hospital.

Veena and Rohan take Tanya to the psychiatrist while she thinks they want to kill her baby. Meanwhile, Sonakshi goes to the hospital with Sumit and gets tested.

Rohit asks Veena to take care of Tanya and give her prescribed medicine. Elsewhere, Nishi learns that Naren’s condition is improving after meeting Sonakshi.

Rohit asks Sumit to take care of Sonakshi and keep her hydrated. Nishi learns that Sonakshi’s blood sample is in Sippy hospital for a test.

Meanwhile, Sonakshi gets stresses to see other patients dying. She is afraid to leave her family behind and asks Sumit to take care of Suman and Pari if something happens.