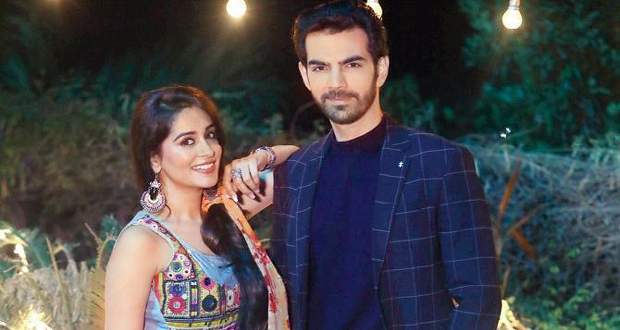 Today's Kahaan Hum Kahaan Tum 26 Jun episode starts with Rohit realizing that his watch is not the original one but a replacement. He comes to his mother and thanks to her for her love.

Netra comes to Sumit to make him realize his mistake. Sumit says he will not resume shooting unless Sonakshi apologizes to him.

Netra says she has proof against him and if Sonakshi wants she can drag him to the court. She warns Sumit not to misbehave with the cast and crew ever.

On the set, Sumit apologizes to Sonakshi in front of everyone. He even touches her feet and gives her a present. Sumit gives Rohit’s watch to Sonakshi.

The Sippy family members ask Veena to tell Rohit that Sonakshi is the Chief Guest for their hospital ward opening.

Veena manages to tell everything to Rohit. Ronit vents out his frustration in front of his hospital staff. He says he will not be a part of the event.

Sonakshi comes to the hospital. Sonakshi overhears Rohit’s words where he talks ill about television actresses. Sonakshi gets upset.

Sonakshi’s mother forces her to be a part of the event.

© Copyright tellybest.com, 2018 & 2019. All Rights Reserved. Unauthorized use and/or duplication of this material without written permission from tellybest.com is strictly prohibited.
Cached Saved on: Saturday 6th of June 2020 06:54:30 PM