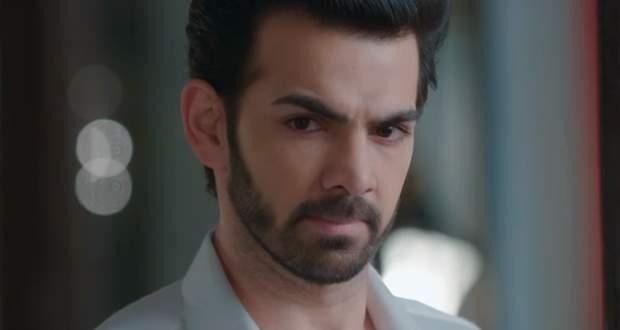 Today's Kahaan Hum Kahaan Tum 27 Dec episode starts with Nishi reminding Rani why she brought her home. She is angry at her for not creating trouble at the party.

Rani wishes to get more money from Nishi for her acting skills. She asks for 5 crores to build hatred in Pooja’s heart. She declares that her real daughter is in jail.

Nishi wishes to expose Rani while Rani is confident about her act. Meanwhile, Sonakshi is upset to think about her encounter with Pradeep.

Rohit gifts Sonakshi a saree but she points multiple problems with the saree. Rohit taunts Sonakshi about Pradeep while later supports her for her explanation.

He doesn’t want Sonakshi to blame herself for anything. Meanwhile, Pari tells Rohan that Tanya has asked her to keep an eye on him.

Nishi wants Rohit to think about Rani while Rohit is upset about Sonakshi’s image. Rohit is adamant to keep Sonakshi away from any trouble.

Rohit also witnesses Rani manipulating Pooja and creates her good image. Later, Rohit meets Sonakshi and tries to hide everything from her.

© Copyright tellybest.com, 2018 & 2019. All Rights Reserved. Unauthorized use and/or duplication of this material without written permission from tellybest.com is strictly prohibited.
Cached Saved on: Sunday 29th of March 2020 02:14:03 AM