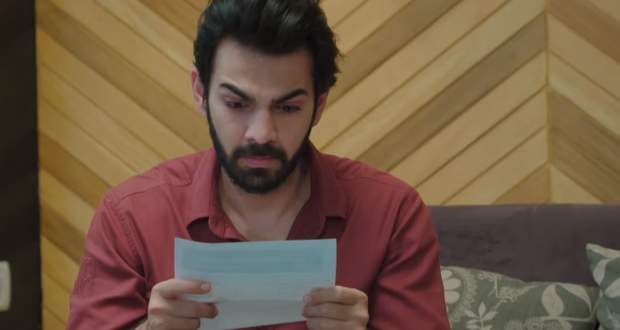 Today's Kahaan Hum Kahaan Tum 27 Feb episode starts with Rohit preparing himself to open the reports of Sonakshi. Tulsi opens the report and states that the report is positive.

Rohit gets shattered to learn the truth while Sonakshi also gets shocked. The announcement is made that all the patients are to be taken to a camp outside the city.

Sonakshi leaves her phone on the seat while Suman stops the nurse from taking Sonakshi. Sumit meets Rohit and tells him about the hospital sending Sonakshi to the camp.

Meanwhile, Suman is not able to stop Sonakshi from going to the camp. Sonakshi is asked by a nurse to sit in a car as the bus gets full while Rohit tries to return to the hospital.

Nishi learns that Sonakshi has left for the camp and she reveals Sonakshi’s real blood report which is negative. Later, Veena talks to Naren and wants him to get well soon.

Nishi comes into their room and asks Veena to make tea for him. Ajit asks Naren to beware of Nishi while she later sends him as well for hospital work.

Nishi congratulates Naren and threatens to cut his fingers. She further reveals that she has sent Sonakshi to the supervirus camp to die.

Nishi makes cut on his fingers but he doesn’t react in front of her. Later, Ajit asks Naren to give him hints by writing alphabets and deduces that Sonakshi is in danger.

© Copyright tellybest.com, 2018 & 2019. All Rights Reserved. Unauthorized use and/or duplication of this material without written permission from tellybest.com is strictly prohibited.
Cached Saved on: Sunday 5th of April 2020 08:45:11 AM