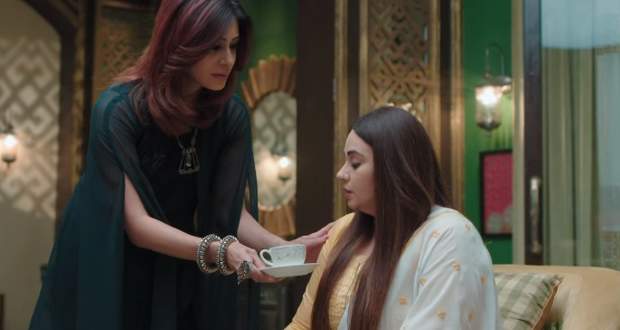 Today's Kahaan Hum Kahaan Tum 27 Jan episode starts with Sonakshi getting asked to come to the police station. Later, Sonakshi tells everything to the inspector regarding her conversation with Naren.

Veena gets emotional to see Naren in critical condition. Later, Suman asks Sonakshi to come home with her while Sonakshi wants to support her family.

At the same time, Ajit comes with Rohit’s call and he apologizing for not being there with her. He asks her to come to the hospital.

Meanwhile, Rohan is confronted by Pari who wants answers. Rohan remembers the warning given by Tanya and says he will not meet Pari ever.

He even offers to give her money and stay away from him. Later, Sonakshi consoles Rohit while Rohit is not able to see Naren in that condition.

Nishi decides to use the prenuptial agreement against Sonakshi and gets the file from Naren’s cupboard. She changes the statement in the file to prove Sonakshi bad.

Later, Nishi entices Veena against Sonakshi while she also accuses Sonakshi of acting as an ideal daughter-in-law. She also suggests that Sonakshi never hides anything from Rohit.

Veena proves that Sonakshi has not told Rohit a huge truth about a prenuptial agreement.