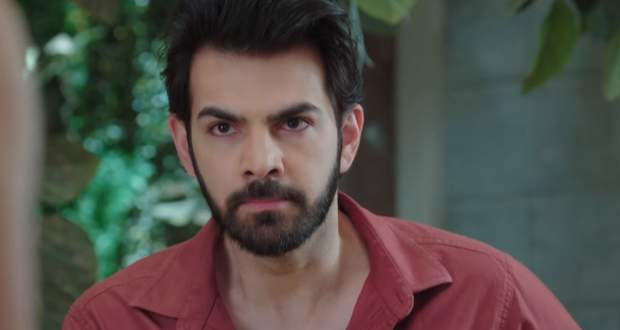 Today's Kahaan Hum Kahaan Tum 28 Feb episode starts with Rohit getting upset with Dr. Bhargav as Sonakshi gets misplaced. Suman thinks Sonakshi might have something wrong to herself.

Meanwhile, Pari calls Rohan and feels sorry for Tanya. Later, Rohit learns that Sonakshi was sent in car instead of bus. At the same time, Ajit informs Rohit about Naren’s indications.

Pari enacts of being in pain over phone and doesn’t want to lose Rohan. Elsewhere, Rohit gets suspicious of Nishi and asks Ajit to keep her inside the house.

Pari shows in front of Rohan that she has moved on and shows her good side. Rohan apologizes to Pari for trying to kill their child and even hugs her. She even shows her worries for her baby.

Rohit finds Sonakshi’s negative blood reports in Nishi’s room and gets relieved. But realisations hits him and he realises Nishi must know Sonakshi’s location.

Rohit threatens to expose her and even kill her. He is not afraid of Nishi’s threats and thinks Naren is already suffering enough by looking at Nishi. Nishi doesn’t know who kidnapped Sonakshi.

Rohit reveals the truth of Sonakshi’s blood reports to Suman and Sumit. The police arrive and say they have found the car but there is no trace of Sonakshi.

The cars number plate is also fake and they are unable to get hold of her. Suman gets angry at Rohit and curses him. Sumit stops her and says Rohit has also suffered a lot.

© Copyright tellybest.com, 2018 & 2019. All Rights Reserved. Unauthorized use and/or duplication of this material without written permission from tellybest.com is strictly prohibited.
Cached Saved on: Friday 3rd of April 2020 04:23:12 PM